For whatever its worth (36)

And so wrote wise old Shakespeare in Romeo and Juliet:

Whats in a name? That which we call a rose by any other name would smell as sweet.

Call it what you like if one fails to pass Bahasa Melayu or Bahasa Malaysia in their SPM, then its a bleak future for them all the way.

The recent announcement of reverting the ROSE from Bahasa Melayu to Bahasa Malaysia did not get much response from the Malay community though the non Malays seem to welcome it openly. Well in a way its good that we can all together share a national identity. We can all stand up and be proud of our common national language. 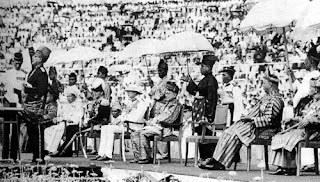 But being proud alone without taking an effort to practice and to engage in it would certainly be meaningless. Say what you like we in Malaysia are in fact a fused society. Yes we are proud of our national language the Bahasa Malaysia but at the same time we are also proud of our mother tongue, which although has no national roots, but accepted as part and parcel of the Indian and Chinese heritage since pre Merdeka days.

Hey I am not trying to incite any racial sentiment here, just tracing and tracking the reality of life for us all here in Malaysia.

No, the Malays largely have no qualms about the Chinese or the Indians wanting to practice their mother tongue save of course a few racialist in Umno. The right of the non Malays to their mother tongue has always been respected in the Malaysian spirit of goodwill and harmony. Even Chinese schools in Kelantan are getting state funds.

The Malays in general have infact compromised and sacrificed much in the name of national unity. We could not deny that the country was once called Semenanjung and later Persekutuan Tanah Melayu. In the name of integration and national unity the Malays agreed to embrace Malaya and later Malaysia without much ado. The Malays also agreed to grant citizenship to their Chinese and Indian brothers who together contributed to the nations independence.

And now it is only timely that all of us should accept a national language called Bahasa Malaysia.

However of late certain rights accorded to the Malays particularly those professing the Islamic religion has become a bone of contention. Despite living in this country of ours together for more than 50 years, certain sensitive issues pertaining to Malay and Muslim rights are now being disputed openly much to the anger of the Malay subjects.

The one sore issue currently being openly debated is the issue of a Muslim converting to another religion. To most non Malay groups and NGOs including politicians, this act of abandoning Islam for another religion is the right of any one individual. Whomsoever should not be discouraged from professing a religion of his or her choice.

Well to a certain extent it is a right duly accepted by all, but when it involves a Muslim, that right is denied not by the Malays or the so called syariah laws practiced here, but by the religion itself. Islam prohibits it, thus it is only obvious that the Malays or Muslims in the country would be angered should any party insist that the right to convert from one religion to another should also apply to Islam.

We are proud of being able to live together under one roof for the past 50 years in peace and harmony, yet in reality we refuse to learn and respect each others belief and sensitivities, up to a point where we insist on pushing ahead with our interpretation of a religion foreign from ours.

Today the DAP would be organizing a forum entitled:

Malaysia after Lina Joy: A dialogue

Will this forum be used to further infuriate the Malays/Muslims in light of the case, or would it be a forum to further understand our diversity in belief and find ways and means to respect it with the aim of further living in peace and harmony in this nation of ours that we call Malaysia?

Like it or not Malays, Indians and Chinese, all of us, would continue to inhibit this country of ours for may years to come, let us understand, respect and accommodate each other and continue to live like brothers for the sake of all.
at 11:15:00 AM