For whatever its worth (35)

I was smiling to myself when reading an article in The Star this morning:

Khir Toyo the Selangor MB supposedly went berserk upon learning that some land office employees are hiding applications for land with the aim of grabbing prime land for themselves. According to the MB these unscrupulous officers would then hijack these applications by resubmitting fresh ones using names of their family members.

The MB named Hulu Selangor dan Kuala Langat as two districts where such cases are said to be rampant.

Why did I smile? 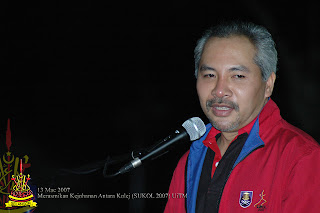 Well ask any MAMAT in Selangor who are familiar with land matters; obviously this is not something new. I wonder where has Khir been all this while?

In this case, Khir should not only zero in on officers in the respective district land office. The trail should start there and possibly end up to his own office in Pejabat SUK. Therefore I suggest that the MB rope in the Anti Corruption Agency (ACA) to look seriously into this matter.

Dont just sack the officers if they are guilty, they should be charged and jailed along with others above them who are surely benefiting from this illicit deal.

I was once told by a former Wanita Umno Head of a division in Selangor, that even her own division head who happens to be an Umno state assemblyman is actively involved in such hijacking scams. She herself was once a victim!

Selangor being a developed state should have no room for such illegal activities. The MB should immediately summon the ACA to move in, and everbody along the line should be investigated including the MB himself who heads the final authority in charge of land approvals in the state.
at 10:46:00 AM